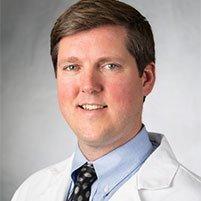 At his Washington Square West, Philadelphia and Chestnut Hill offices, Dr. Jonathan A. Beatty has treated numerous forms of depression. Sometimes depression is caused by substance use (substance-induced depression) and may benefit from different treatment modalities than endogenous depression. At SandpiperMD, Inc. we look at the whole picture to treat the whole person with the latest advancements in the field.

What is Depression Treatment?

Depression treatment encompasses several different treatment options that may be used to alleviate symptoms of depression. Therapy, such as cognitive-behavioral therapy, problem-solving therapy, and interpersonal therapy, may be used, as may other medications. Some of the medications used to treat depression include serotonin and norepinephrine reuptake inhibitors (SNRIs), selective serotonin reuptake inhibitors (SSRIs), tricyclic antidepressants (TCAs), and monoamine oxidase inhibitors (MAOIs).

What Are the Symptoms of Depression?

Depression may be accompanied by a number of symptoms. A few common ones include the following:

Who Suffers from Depression?

Many people suffer from depression, both diagnosed and undiagnosed. It is indiscriminate, affecting both men and women (and boys and girls) of all ages, ethnicities, and socioeconomic strata.

How Long Does Depression Treatment Take?

Depending on severity, it is usually best to meet with patient's as regularly as possible in the beginning to gain the most traction. This typically means every one to two weeks for the first month or so and can sometimes transition to monthly or even every three months. Appointment length can vary between 30 and 60 minutes.

What Should Patients Who Suffer From Depression Look for in a Medical Provider?

Patients who want to explore both therapy and medication treatment options for depression should look for a psychiatrist in their area. Psychiatrists are highly trained in one or multiple therapy treatments, and, as medical doctors, they’re able to prescribe medications. Many psychiatrists regularly treat patients who struggle with depression.